EMERGO TRAIN SYSTEM® as an example of table-top simulations to manage major emergencies.

Emergo Train System ® (ETS), conceived at the University of Linköping in Sweden as a table-top simulation table-top simulation in medical field, is a didactic tool that allows to verify and improve the preparedness of an organization and its operators to manage major disasters. The emergency scenario is carried out on magnetic boards: victims, operators and vehicles are represented by magnetic symbols called puppets. The impressive patients database provides for each of them a medical treatment path based on the ATLS® / PHTLS® / TNCC® standards which define the clinical evolution according to the choices made by the operators. The simulation develops as a role-playing game built and monitored by Katastrofmedicinskt Centrum certified instructors. Introduced in Italy in 1997 by Dr. Stefano Badiali, today the ETS license is officially held by the Bologna Committee of the Italian Red Cross which guarantees its use throughout the national territory.

Due to its adaptability and the possibility of exploring all aspects of managing a major event, from the health sector, ETS was also exported to the airport environment to carry out emergency exercises in accordance with the provisions of ICAO ANNEX 9 and Reg. 139 of the EU. / 2014.

In 2019, an elaborate simulation of extra-sedimentary accidents with 297 victims was carried out with ETS at Bologna Marconi Airport.

Thanks to this wide participation it was possible to test not only the aspects strictly related to rescue, such as triage (extra and in-hospital) and the hospitalization of victims, but to integrate an exercise for command posts for all non-hospital organizations directly involve. The communication networks have also been replicated to allow a realistic flow of information. The instructors collected data to analyze process indicators and , specifically: avoidable deaths, adequacy of the communication and system.

The identification of passengers, their reunification with families or the transmission of information on their status are, in fact, relevant aspects of assistance to the victims of air accidents and their families as per ICAO documents 9998 and 9973 and EU Regulation 996/2010 . To facilitate these processes, the have been further enriched with photos and personal and family data.

ETS permits to deepen the analysis of management and communication processes and to identify critical elements.

For more information, visit the ETS Italia website or write to etsbologna@gmail.com 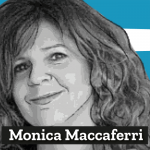