Simulation, a paradigm shift in healthcare

Of paradigms and shifts

The concept of a scientific paradigm was introduced by Thomas Kuhn in his 1962 book The Structure of Scientific Revolutions. Strictly speaking, a paradigm shift is made necessary when data have been accumulating that cannot be explained within the current paradigm. For example, the geocentric model, where the Sun, Moon, stars, and planets all orbit Earth, could explain the movements of these bodies, but had to use many additional assumptions, and could only do so in approximation. Copernicus’ heliocentric model provided an explanation that was both simpler and more accurate, but had to wait for Galileo’s observation of moons clearly circling Jupiter to become generally accepted. Over the years, the term “paradigm shift” also became used for radical changes in both perspective and practice. Even with that broader notion, true paradigm shifts are rare.

Healthcare has known a few paradigm shifts. The creation of medical schools in the middle ages and a knowledge-based approach to diagnosis and treatment comes to mind. The germ theory of disease was a breakthrough in infection control. Surgery without immense suffering and severe limitations on interventions blossomed only after infection control and after the invention of modern anesthesia.  Being able to look inside people without having to open them up via X-rays and other image modalities is another. We argue that simulation-based training in healthcare is one too.

Well into the nineties of the last century, nurses trained on lifeless dummies, medical students on dogs and sheep, and residents on real patients. In the words of Amitai Ziv et al. (2003) it now has become an “ethical imperative” to use simulation, at least for initial training. This is more than a mere change in modality; besides the ethical aspects, thanks to simulation, healthcare has now gained control over the presented content and the timing of training. For example, it is no longer necessary to wait for rare cases to occur.

The shift from fixed duration/variable performance toward variable duration/fixed performance training is far from complete. The lack of objective performance metrics may be a hurdle in that process. The complementary merits of simulated patients (actors) and patient simulators (devices) are still not well documented, and integration of simulation-based training in healthcare in curricula remains a challenge. Standardization of training scenarios and their use across platforms are other challenges. Together with the editorial team of SIMZINE we will continue to identify these remaining challenges, and together with our fellow simulator designers we keep looking for solutions.

Acknowledgements: This article was based on a 2022 post by Hugo Azevedo. Dr. van Meurs is a consultant to Nasco Healthcare. 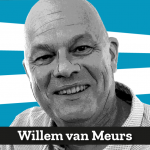