Simulation and engines… joys and sorrows!

Young anesthetists, engineers and technicians from the Ferrari team meet at the Imola circuit for a simulation course on track injuries

Teamwork, soft skills, advanced technologies, continuous research, critical situations, little time available: these are the factors in common between the world of Formula 1 and Critical and Emergency Medicine. This was the basis for the birth of the first SIAARTI “MO7ORCAMP”, an innovative event held on the last weekend of April at the Imola circuit. More than 300 Anesthesiologists-Resuscitators were able to meet with the Engineers and Technicians of Scuderia Ferrari on these seemingly distant topics, but which in reality are very close.

The particular location of the “Enzo e Dino Ferrari” circuit, home of the inimitable Formula 1 Grand Prix, provided the opportunity for participants to attend reports and discussions, as well as practical workshops and courses, many in simulation.

Among them, the “Automotive Major Trauma Rescue” course, organized in collaboration with great Trauma professionals in an increasingly consolidated training association, just think about the recent Trauma Masterclass held in March during the Trauma Update in Bologna, told in the number above of SIMZINE.

Then green light and the course is ready to go!

Meeting in the “Race Control Room” of the Autodromo, where the medical staff manages and coordinates all the rescue interventions of the circuit’s major automobile races, for the first briefing and where the young participants witnessed the simulated accident in which they would have to intervene: two racing cars that, after an impact, ended their race against the protections on the sides of the track.

Divided into groups, they were taken to the event venue in several Racing Medical Team ambulances directly at the circuit. Once on scene, rescuers were able to learn the various rapid extrication techniques on the traumatized pilot, watching the extrication team’s simulation demonstrations and then attempting to stabilize the two patients using high-fidelity simulators.

The logistical management of the rescue was of fundamental importance: the two team leaders had to discuss to establish priorities and ways to evacuate the patients in the Autodromo Medical Center, thus also experimenting with their own communication skills. Once the intervention of the rescue helicopter was requested, to transfer the less stable patient, another news arrived: the H135 in service at the Autodromo took off from the Medical Center plot and landed directly on the track.

[img3: Helicopter rescue landing at Imola circuit] After a brief but precise handover, the HEMS crew loaded the patient, together with the team leader, to go as quickly as possible to the emergency room of the Medical Center.

Here, while the second pilot transported by ambulance also arrived, the two intra-hospital teams waited for the patients and then proceeded to further stabilize them, relying on all the technologies at their disposal (ultrasound, conventional X-rays, blood products) until the REBOA was positioned to control the hemorrhage in a severe unstable pelvic trauma. Obviously this was also simulated.

All this was crowned by a detailed debriefing, carefully conducted by instructors and facilitators, in which all the young anesthetists-resuscitators were able to meet each other and take home the best advice.

Once again the high-fidelity simulation, with the addition of a scenario developed within its “real” scenario, was the winning weapon for a training day of the highest level. The enthusiasm and active participation of the young colleagues demonstrated how this training method is particularly effective, if not essential, in preparing the emergency professionals of the future, who are increasingly hungry for high-fidelity simulation.

A special thanks to the creators of this magnificent experience: Carlo Coniglio, Cristian Lupi and Marco Tartaglione (Resuscitation and Trauma Center of the Ospedale Maggiore of Bologna), Luca Carenzo (IRCSS Humanitas Research Center and London Air Ambulance, as well as a great expert from simulation), Marco Bandini (Anesthetist-Resuscitator of the Imola Racing Medical Team). But also to the participants, without whose desire to get involved in order to grow, nothing would have been possible.

See you at the next Masterclass! 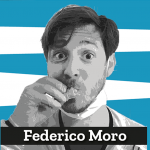