Why recruit simulated patients at the theater?

The actor does not have the proper medical training but knows how to study a script and is able to use himself as a narrative tool.
Giovanni Micoli, actor and director, explains it to us.

It is not a novelty, but a figure born in the seventies to teach younger doctors how to improve their approach to various pathologies, the mistakes they should not make, but also how to build a good relationship with patients. We are talking about the simulated patient, that is, that simulation methodology where the role of the patient is played by an individual (the simulator) instructed to act on a script based on real cases, suitably modified, to represent a real patient.

Impersonating a suffering individual can be complex and exhausting. The participation of actors in simulated scenes, for example the father (adult actor) who goes to the pediatric emergency room with his seventeen-year-old son (young actor) in psychiatric difficulty and with a high degree of aggressiveness, allows them to play difficult roles, sometimes dangerous, albeit in a safe environment. This type of scene, in fact, can be extremely exhilarating but dangerously painful for an actor. However, experience has shown that these performances, carried out in front of hospital staff and with the active participation of real doctors and nurses, represent, almost on an unconscious level, a kind of safety belt for the soul of the actor who, in this way, feels free to give impetus to his acting creativity.

My name is Giovanni Micoli, I’m an actor, director and president of the theater school ‘La Stanza dell’Attore’. Students are often taught, for example in our school, the Stanislavskij method, a theatrical technique that, in a nutshell, leads the actor to feel and follow real emotions, instincts and impulses during the performance, to offer the audience a more organic and realistic representation of the character. In practice, the actor who plays, for example, a father with difficulty managing his son, during the scene can really experience feelings of annoyance, even anger caused by things said or done by the healthcare personnel that he can use both to increase the credibility of his character during the simulation, and to guide the post-simulation debriefing, in order to create a real testimony of an upset or angry parent after an emergency room visit, which in real situations could not have been made explicit.

The participation of the actors, adults and adolescents, from the La Stanza dell’Attore theater school was born within the pediatric simulations proposed and organized by the Meyer Simulation Center, and which recently saw us involved in the exercise that was held on the 22nd and 23rd of February in Florence.

The preparatory work of the simulation facilitators and neuropsychiatrists was fundamental for the writing of a precise recitative plot, until arriving at a true “theatrical script” with various probabilities of carrying out the narration with which the actors were able to know precisely the pathologies beforehand, understand the behavioral influences they determine, and then try out the scenarios and play the various roles. In this sense, the constant relationship with Dr. Serena Marchetto, responsible for the simulation program of the Meyer Emergency Department, was decisive for us, both for having written the “scripts” in collaboration with neuropsychiatry specialists, and for having provided us with indications to make the most of our acting instruments.

If on the one hand I have always played the father (although the participation of other adult actors is expected soon), on the other hand the young actors, who attend drama school and come from various high schools in Florence, have played teenagers in psychomotor agitation, somatic symptom disorders, psychotic delusions, suicidal tendencies, etc. For them the experience has been double, if not triple: in addition to playing a role, they have known deep difficulties and suffering, also discovering the heart and commitment of doctors and nurses to help children in these situations, thus increasing cognition and confidence.

I am aware that actors do not necessarily have adequate medical training, but they know how to study a script and above all they know how to use themselves as a narrative tool. Following the requests of facilitators and organizers, they are used to making constant adjustments for the best staging scene. The value of using theater scholars as simulated patients therefore lies not only in their ability to rehearse scenes multiple times to ensure an accurate and realistic performance, but also, and I would say most of all, in their ability to not letting themselves be limited by stage fright: accustomed to exercises and theatrical shows, they have, in fact, the ability to step on the interpretive accelerator, accepting fear, but without letting it be an obstacle. 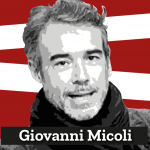