A questioning technique: the illusion of alternatives

What are the questions with an illusion of alternatives?

It’s a conversational technique. It represents one of the most elegant forms of injunction.

What does this really mean in practice?

Questions are structured in such a way that they hold two possible answers, among which the person replies by taking up the one that best fits his or her situation

And why should I formulate this type of questions?

To be real vehicles of change, questions might be tailored to the logic of the interlocutor and constructed to call and reorientate the perceptions and reactions of the subject to more functional ones

As the debriefing dialog proceeds, the sequence of questions could be structured as a sort of funnel that starts with general questions and gradually narrows down in a spiral fashion and builds upon answers that reveal potentially critical aspects of the particular emerging situation. When a concept has been explored, a sort of agreement has been reached, the debriefer reinforces this agreement with a series of closed-ended questions with an illusion of alternatives This kind of questions are not simply instruments of knowledge, but instruments of intervention in the direction of change, as they provoke in the learner new ways of feeling and reacting to his reality that were previously trapped in his perceptions, sometimes dysfunctional.

I’m not sure I understood. Can you make an example?

Let’s say that a group of surgeons, anaesthesiologists and nurses just ended a scenario and are now discussing leadership with the debriefer. They agreed that a member of the team was the leader, and all others considered he behaved correctly just stepping back from clinical and hand-on procedures and coordinating the group. This showed to help the whole group to accomplish the task. Then, a typical question with an illusion of alternatives could be: “So, do you think the leader should concentrate on doing the therapy, perhaps losing sight of the big picture, or remain outside the group action, to better coordinate the group itself?”. Having already recognized that it is better for the leader to remain outside the group to better coordinate, and through this further question to the illusion of alternative, the learner receives a further perceptive reinforcement of the correctness of his discovery made during the debriefing.

Thus, the illusion of alternative questions consolidates the participants’ discovery? 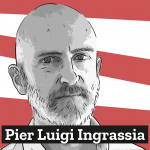 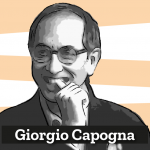