Simulation as a research laboratory

The simulation is also an investigation tool with healthcare implications, in clinical practice and in the functioning of systems An Italian multicentre study investigates the effectiveness of a cognitive aid, the pocket-sized PALS 2015

In recent decades, simulation has established itself not only in the training field, but also as a useful research tool. Simulation-based studies are divided into two main types: (1) studies that investigate the effectiveness of simulation as a training method (to evaluate, for example, whether certain simulation methods are more effective in improving the learning of specific technical/non-technical skills), and (2) studies that use simulation as an investigative tool with healthcare implications, both in individual clinical practice and in the functioning of systems (to analyze, for example, the management of low incidence medical emergencies with high complexity of care, where clinical studies on real events can be difficult and risky). In this case, the advantage of simulation-based studies is that a complex clinical scenario with high risk and emotional impact can be recreated in a safe and controlled environment. However, in order for the findings to be applicable in clinical practice, an accurate research question must be formulated and a rigorous research methodology needs to be followed [1]. For this reason, specific guidelines have been formulated by the scientific community for the design and conduct of simulation-based studies [2].

In this “episode” of the column we will present a recently published Italian multicentre prospective observational study [3]. The idea for this study was born from the finding of a frequent suboptimal management of pediatric cardiac arrest scenarios by doctors in specialist training in pediatrics, albeit with PALS (Pediatric Advanced Life Support) certification. Only a few studies in the literature, of a monocentric nature, had explored this area, exclusively in Anglo-Saxon countries, and conducted scenarios in which the trainee was the only protagonist to interact with team members belonging to the research team.

The study populationconsisted of PALS-certified pediatric doctors in specialist training, divided into teams of three per scenario. All teams, after a standardized briefing and the acquisition of informed consent, carried out the same pediatric cardiac arrest scenario (exposure). The scenarios were videotaped and subsequently independently assessed by two previously trained reviewers. As primary outcome, the number of deviations from the guidelines in terms of errors (e.g., incorrect dose of adrenaline), delays (e.g. late positioning of vascular access) and omissions (e.g. failure to identify reversible causes) were appraised. This assessment was carried out through a thorough review of the video recordings of the scenarios.

Since there is no validated score in the literature that could include all possible deviations from the guidelines, the number of deviations was measured using a score created ad hoc for the study, called c-DEV15plus score. As secondary outcomes were assessed the performance of the resuscitation team, using the validated Clinical Performance Tool (CPT), the execution time of critical resuscitation actions and the quality of chest compressions, measured by the internal software of the simulator. The CPT is a validated tool for evaluating the performance of participants in the management of pediatric resuscitation simulation scenarios [4]. The outcomes were compared, in an exploratory way, between the teams that during the management, spontaneously, had not used cognitive aids, with those that had instead used the pocket PALS 2015.

The study included 81 postgraduates (27 teams) in three centers. The deviations from the guidelines were found to be high (median of 7 deviations out of a maximum of 15 for each scenario) and mainly concerned the positioning of the rigid board, the administration of adrenaline and the call for help. The use of the pocket-sized PALS was not associated with a reduction in the number of deviations from the guidelines: however it was linked to a, albeit limited, better team performance (CPT score).

Based on these results, the research team decided to develop a new cognitive tool, an interactive tablet app, which could support the resuscitation team during pediatric cardiac arrest events, to improve their management by reducing deviations from guidelines. In the next “episodes” of the column we will see together what steps have been taken to test the effectiveness of this tool. 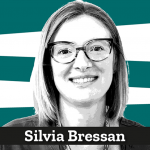