Haru Okuda took a minute to talk about everything, from his passion for food to his plans once the journey as SSH president will be over.

Accomplished violinist, he spent countless hours practicing scales and arpeggios prior to performing in competitions. When he moved to science, Yasuharu “Haru” Okuda discovered simulation as an «ideal modality to practice to perfection». Japan native, quietly driven and detail-oriented, he wants to make a difference in healthcare education. Haru’s so busy, as he’s leading the biggest society of simulation in healthcare, but he took a minute to talk to SIMZINE about everything, from his passion for food to his plans once the journey as SSH president will be over.

SZ: Ciao Haru, I’m very excited to talk to you. So, thank you for accepting our invitation.

Thank you so much for the invitation to join your readers.

SZ: I heard you chose medicine over a potential career in classical music (you played the violin for almost 20 years). And then, what is the reason why you chose to do simulation?

Great question. As someone who spent many hours practicing the violin, through deliberate practice to prepare for competitions, and also to rehearse with others in ensembles and orchestras prior to the performance, I expected something similar in medicine. I was very disappointed to learn that the study of medicine was far from deliberate practice and mastery learning, at least 20 years ago. I was involved in a couple of poor outcomes related to “practicing on patients” through the see one, do one, teach one method and I wanted to make a difference both for our learners, but most importantly for our patients. I discovered simulation as an ideal modality to practice to perfection, prior to our “performance”: patient care.

SZ: You have held multiple international positions, what gives you energy?

I am passionate about people. In my position with the US Department of Veterans Affairs (VA) as the National Medical Director of SimLEARN, I oversaw the construction of a national simulation center as well as the creation of training for over 150 medical centers to support veterans. What drove me each day was the opportunity to work with dedicated and brilliant individuals at the VA to use technology to improve training and education and ultimately improve the care of our nation’s veterans. In my current role as the President for the Society for Simulation in Healthcare, I am equally excited about the opportunity to work collaboratively with local and international colleagues to advance healthcare simulation through policy, innovation, and partnerships. I feel so blessed to be able to have this role.

SZ: Describe yourself in three words. And why?

I would say “Family, Food, Fun”. Family is easy. I have a wonderful wife whom I’ve known since college and two beautiful twin daughters who are in their senior year of high school. If I am not working, I am spending as much time with them because they bring me the most joy in this world. The second is food. As someone who was born in Japan, and then moved to the US as a small child, I went from eating very eastern food to western food and realized how amazing food could be, regardless of culture. I was, and still am, very adventurous when it comes to food and enjoy all food as long as it is delicious. This weekend, for the first time, I went to a restaurant that specializes in beef intestines. It was tasty, but rich. Worth eating once. Last, I said fun just to keep with the alliteration, but the specific two things I enjoy doing for fun is listening to music and gaming (video).

SZ: What is the hardest you’ve worked?

I think the hardest I worked was when my twin daughters were born. They are a pleasure now, but in the beginning my wife and I were both feeding and changing diapers all the time, and then still going to do my emergency department shifts. I thought internship was hard, staying awake 30-40 hours on the weekends straight, but I would say the first year of having twins was harder. Both are stressful experiences because you have lives in your hands and the outcomes of your work are high stakes, but they were equally rewarding and I learned a lot about myself.

SZ: What’s your most incriminating accidental email/text? Can you describe it?

Hahaha. I think I have been lucky so far in both my texts and emails. Autocorrect/voice texting has hurt me a couple of times. Once I was voice texting my dry cleaners saying that my shirts had not come in yet. When I got home and read the reply, I realized that the voice text misheard me for another word that sounds like shirts. I quickly apologized…she didn’t give me an LOL or response. Quite embarrassing. I think one of the most embarrassing things related to emails was, when I was attending a conference, I had taken a selfie of me at the meeting and sent it to my staff in a weekly email message. What I didn’t realize was that my computer was open in my picture and you could read the email if you zoomed in. Fortunately, nobody zoomed in.

SZ: How did it feel to be the President of the biggest society of simulation?

It is truly an honor and privilege to represent all of the 5000 + members of the society and be a voice for simulation in healthcare. It’s hard to believe that it will be over in January. I have really enjoyed meeting and speaking with all of the great simulationists over the years. Though there are only 3 months left in my term, I hope to continue with all of the efforts we have started in my past-president year, with the blessing of Jayne Smitten, incoming president.

SZ: During your term as SSH President, what is one thing you regretted doing that you look back on and wish you could erase?

There wasn’t a specific thing that I regretted doing, but I do regret not having enough time to do more. There were so many projects and ideas that I wanted to get off the ground, but just not enough time or resources to do so.

SZ: What are your plans once the journey as SSH president will be over?

I hope to stay involved with the SSH, with the focus on government advocacy and research in future technologies such as AR and VR. We recently hired a PhD human factor’s scientist at CAMLS to evaluate the efficacy of AR/VR in healthcare training. I recently joined the Holomedicine association to connect with experts in this area as well, and look forward to advancing this field.

SZ: You created the SimWars, a simulation-based competition between residents’ teams, you even wrote a textbook collecting simulation cases for the competition. What drew you into this competition format?

The SimWars concept originated in NYC in 2007 or so when a couple of my colleagues and I were brainstorming ideas around a NYC-based critical care conference we were planning. We discussed how interesting it would be if we could see the different practices approaches that were being taught in our area, within emergency medicine residency programs. For example, one program may teach the use of a depolarizing agent for rapid sequence intubation, but another may use a non-depolarizing agent, based on comfort and other reasons. We thought, why not have them compete in front of an audience on the same case, so we could see both the commonalities and differences in style and then get feedback from a diverse group of experts. The goal was to keep it fun, safe, and formative. We never thought this would explode in popularity as much as it did. We created the textbook because there were so many requests on how to reproduce the program in other cities. It rapidly spread globally, once we held it at IMSH.

SZ: We normally end our talk with a SIMZINE question. If you could spend the day with one “Simulation influencer”, who would it be?

I have been very fortunate to have been able to spend time, either through attending their course or co-facilitation, with many simulation giants over my 20 + years of career. This list includes David Gaba, Jenny Rudolph, Dan Raemer, Paul Phrampus, Adam Levine, Jim Gordon and many others. There are some major new influencers out there for sure, which is amazing. I think any time that I have the opportunity to see simulation run and debriefed in another country or culture, it is an amazing opportunity. Pier Luigi, I would love to shadow you for one day!

I’ll be honored, then. Meanwhile, you take care, Haru. Thank you for allowing me to interview you today. 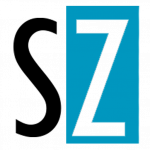