The Institute of Human Anatomy and Histology located on the University Campus of the “Paolo Giaccone” Polyclinic in Palermo and belonging to the Department of Biomedicine, Neuroscience and Advanced Diagnosis (BIND) of the University of Palermo contains in itself the centennial history and anatomical culture of the Sicilian capital, whose school was established by the famous physician and anatomist Giovanni Filippo Ingrassia, a student of Vesalius, around 1565 in the cloister of the Church of San Domenico and precisely in the chapel of Santa Barbara, which still exists and can be visited. The Institute , in addition to bringing together in an “Anatomical Collection” -part of the University’s museum system- the didactic instruments bequeathed by teachers who have succeeded one another over the last 450 years, it has numerous teaching and scientific laboratories, including a large of Macroscopic Anatomy and a modern Sectorial Room, dedicated exclusively to anatomical dissections and equipped with all the Safety standards in compliance with current regulations and therefore inserted by the Ministry of Health in the recent decree – following Law 10/2020 that regulates the use of bodies donated to science – among the few national reference centers.

Other educational infrastructures include some classrooms, including an anatomical amphitheater, decorated with original and valuable murals made in 2011 by a group of Sicilian artists well known on the national scene, a Virtual Anatomy Room, with 3D anatomy hardware and software stations, a Microscopic Anatomy Room, with microscopes for the observation of histological preparations, and more. In addition, among the research infrastructures -in addition to purely scientific laboratories for the study of cells and tissues with structural, ultrastructural and molecular anatomy techniques- it is worth mentioning an augmented reality laboratory applied to anatomical studies where, together with researchers from other Departments of technical areas and the so-called “hard sciences”, 3D scanning and printing of organs and anatomical regions is performed with the aim of implementing software not only for educational purposes but also for applications, specifically for the branches of Legal Medicine, ‘Pathology Anatomy and General and Specialized Surgery.

All educational and scientific activities that focus on the human body, or parts of it, are organized under the auspices of the Interdepartmental Research Center for the Valorization of the Body Donated to Science (CIR-CONSCIENZA), a unique Center in Italy which not only attracts scholars of biomedical disciplines interested in the use of the body for cultural and educational purposes, but also jurists, bioethicists, philosophers and technologists (a total of forty professors and researchers) who have made the corpse their priority object of study, as evidenced by the hundreds of publications signed by them. For this reason, there are also numerous conferences (and, more recently, webinars) organized by CIR-CONSCIENZA on these issues, as well as documents that raise important critical questions about the general regime of the aforementioned Law 10/2020, all the information available in the Center website.

For several years, at the Anatomical Institute of Palermo, “corpse laboratories” have been organized, mainly, but not exclusively, on issues related to the “head and neck” district (since many basic and clinical researchers of the BIND Department look up to it). These courses are mainly open to doctors, interns and specialists from various branches and have a purely practical approach: little frontal teaching, also organized through modern computer tools, and a lot of practice in the sector room, together with expert tutors. Other activities involving the use of anatomical, human and animal preparations are also organized for medical students, but on a voluntary basis, as it is not possible at the moment – both because of the rigidity imposed by the medical curriculum and because of the lack of of structural funds – program them for all students (about 500) enrolled in undergraduate courses that qualify for the profession of doctor at the University of Palermo. However, there is the will of the new government of the University, recently established, to implement a kind of preclinical hospital, connected to the Anatomical Center, to train students through drills on mannequins, in order to be better prepared, not only theoretically but also in practice, to face the plant experience with real patients.

The success achieved so far by the organized activities leads us to continue on this path with renewed enthusiasm, confident that the new government of our University (mainly the Rector Massimo Midiri and the Vice-Rector Enrico Napoli) will be able to accompany us on this path of cultural, scientific and technological growth that will only improve the quality of medical training and the level of satisfaction of our students and postgraduates. 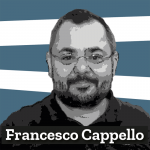