MedCase: the doctor-patient dialogue is a serious game

Graphically modern and multiplatform, a serious game created to train communication with the patient even in the most complex situations.

The factors that affect the realism of a simulation are not that different from those of a movie or television series. In fact, we have scenery, script and acting, obviously intended not for entertainment but for training.

It is clear that, if the ultimate goal is to test communication with a patient in even the most complex situations, a script (or just an outline) and the role-playing skills of the simulated patient are extremely important. For this, it is necessary to prepare the actors so that they faithfully interpret both the symptoms and, above all, the dialogue with a patient who must respond realistically, which is difficult if the simulated patient is a health professional.

That said, as you can imagine, the use of people to carry out this type of simulation is not easy and it is not always possible, but above all it is not easily replicable several times a year.

To do this, MedCase comes to the aid, a serious game developed by Whitesock and owned by Nume Plus that greatly simplifies what was said above.

I had the opportunity to preview the VR version of MedCase, now available as a serious game for PC and tablets.

When you launch MedCase, you are immediately inside the doctor’s office, with the desk and the patient in front of you, and next to a screen that explains the educational purpose of the scenario and introduces the characters.

Then you can start a dialogue with the patient by selecting one of the available options and, through the patient’s response (written and dubbed, it is not an insignificant element!), it is possible to perceive if the choice made is correct or not.

The tested scenario examines the dialogue with a patient who has had a liver transplant and who, due to the intervention and treatment that is still going on, shows signs of severe stress. Obviously, the purpose of this scenario is to find both the right words and the right methodology to relieve the patient’s emotional stress.

It is possible to carry out the visit of the patient, taking both the basic vital parameters and performing an ultrasound.

At the end of the scenario, MedCase shows us a summary of what we have chosen, if we have achieved the educational objective set for the scenario and if we have done everything that was expected and considered necessary.

There are other serious games that aim to improve the doctor-patient relationship. MedCase is graphically modern and multi-platform oriented. Set creation is simple, mediated by developer support, for 360° customization of the set, from scenery to script. In this case, the difference is not made by the software itself, but by whoever designs the scenario. 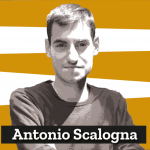